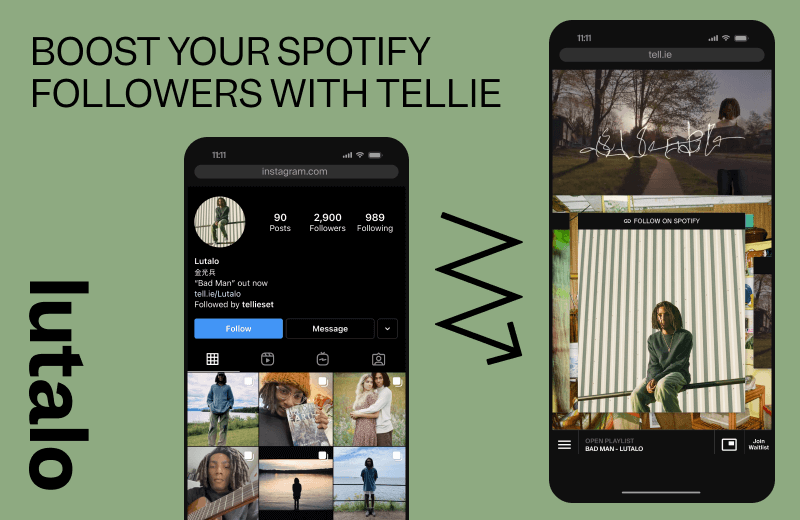 Helping undiscovered artists is part of our DNA. Instead of a standard pre-save campaign, we worked with Lutalo to identify the best way to help him stand out while promoting his upcoming single “Bad Man” — with a Spotify Follow Campaign.

Lutalo’s goal was to increase his Spotify followers by 50 in one week (+64% than his monthly average). To accomplish this, he built a Tellie Set that teased “Bad Man” and easily pointed fans to follow him on Spotify.

Just one day after launching his Tellie Set as his link-in-bio, Lutalo achieved his follow goal, and by the end of the week he had crushed his monthly follow benchmark by 300%.

Check out tell.ie/lutalo to stay up to date with Lutalo and, of course, give him a follow on Spotify.

We are creators building for creators.

Ready to get started?